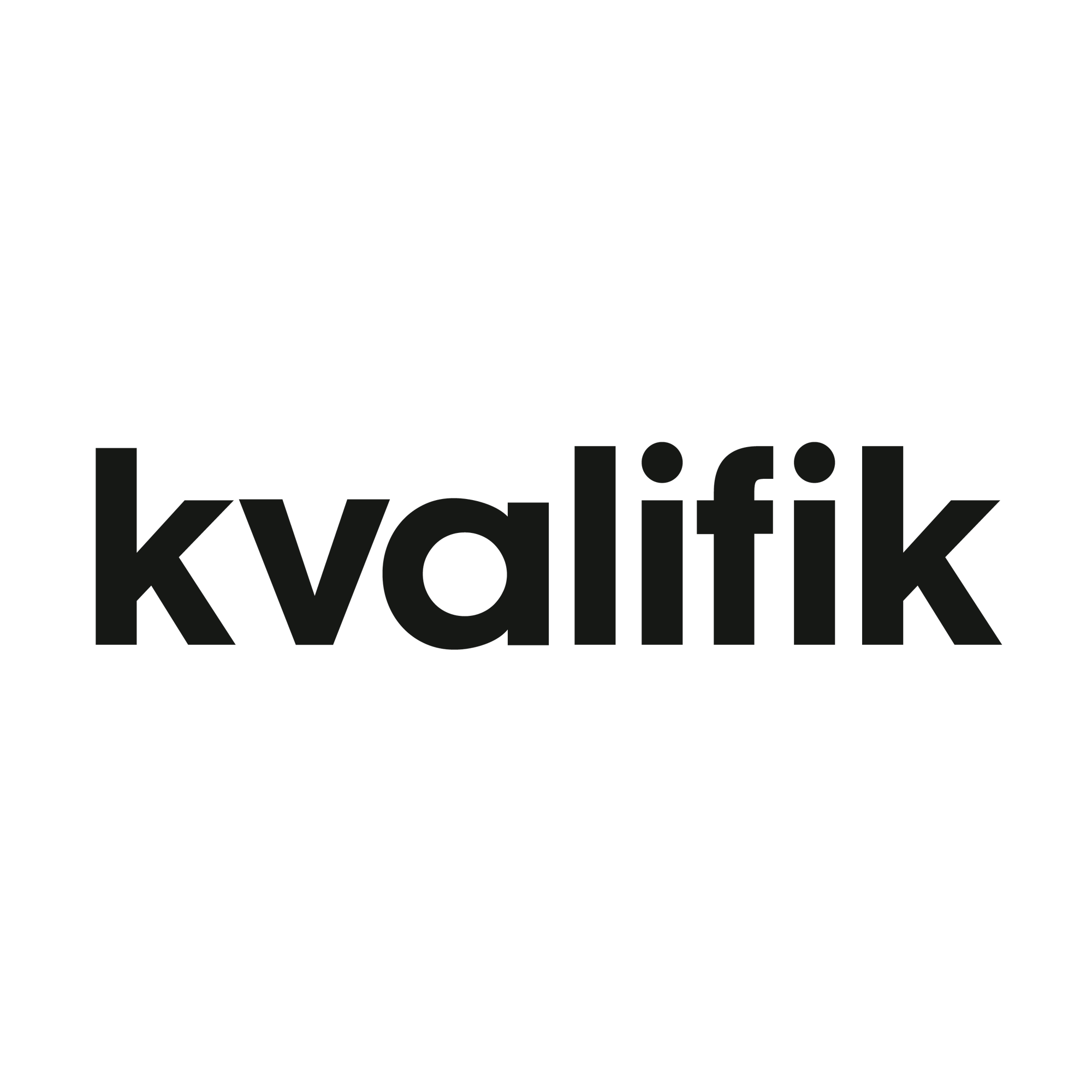 Kvalifik - Building a board and taking the chair

Kvalifik is a Danish digital design and softwarebureau located in Copenhagen. Kvalifik is specialized in helping their clients with getting in front of their potential market with new and innovative technologies designs and ideas. Their leading concept is to conduct experiments, to elicit data, to turn assumptions about the audience, the market and the product into facts and numbers. They belive the proof is in the numbers.

Last week Kvalifik officially established the board of directors. We met with the owners and investors in the general assembly to formalize the professional Kvalifik. I’m proud an honoured to announce that I’ve been offered the chair at the board.

Let me present Kvalifik and how I’m involved.

Not seldom in software development and digital innovation do we see, that enormous amounts of ressources are spent on developing somebody’s great idea, only to see the runway come to a brutal end before the project can fly - causing it to a violent project crash.

Turned out that the idea wasn’t so great after all?

Well, maybe not - but that’s beside the point! 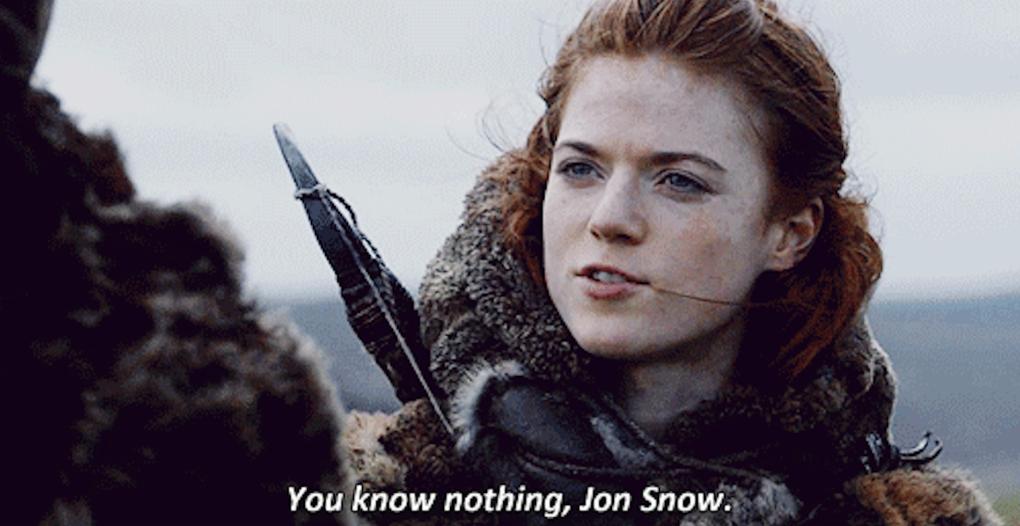 Ygritte schools Jon Snow about his ignorance: "You know nothing Jon Snow"

All ideas are great - ideas are the stuff that dreams are made of. The problem with projects crashing due to bad ideas is really that you start up the project on a runway with a fixed length. And you have no clue whether the idea can carry the weight of the load. What’s going to happen when the runway ends? You’re guessing and hoping. But you know nothing.

There’s a ton of good innovation theory that describes how this kind of violent project crash can be avoided. How you make the best use of your runway. Essentially how you can get away with software. The secret lies in knowing rather than hoping.

Far too many innovation or development projects don’t stick to their guns; they talk the talk; The say “Minimal Viable Product” and “agile” in the same sentence. But they don’t walk the walk; They burn millions from funding or budgets, without ever getting in front of their audience - not even once. And when they finally do. They crash.

Kvalifik has succeeded to build a bureau around the formular how you develop customers first and products later. They have succeeded with clients as divers and impressive as Mikkellers, Gorm’s pizza, Maersk, DSB, Børns Vilkår, CBS, IDA, Danica. The have an impressive catalog of customer cases for reference, you’ll be impressed.

Here’s how they are different:

Pretotying is a technique used to investigate if a give idea or product even has a market or an audience. It's always the reaction and behaviour of the end-users that's in focus when pretotyping - not the final product itself. Pretotyping is a pre-study to prototyping (hence the name) and to the concept of a Minimum Viable Product. Pretotyping is ultimately the cheapest and most effortless way one can validate if a given idea is worth building a runway for - and create it as a monetizing product for real. The most important tools in the pretotype toolbox are no-code and low-code technologies (drag'n'drop tools), which are available in all shapes and sizes; Web engines, AI, 3D, websites, Smartphone apps etc. Such tools are powerful but they need to be handled with care - or they might blow up in your face.

Kvalifik’s approach is always data driven. It’s rooted in Design Thinking and most often based on pretotyping. Pretotyping is a technique that predates traditional prototyping (hence the name). Kvalifik has specialized in pretotyping with low-code and no-code technologies. They have built a whole bureau of young talents who knows how to get from nowhere to somewhere fast - faster than any other I know of.

Low-code and no-code technologies have som advantages - they move you fast - but can potentially be dangerous when used wrong; Building large systems based on low-code and no-code often jeopardize long-term budgets with very high interest on far too much technical debt. Kvalifik knows the limitations of the no-code/low-code stacks and their own in-house software developers are constantly being brought in - even in the early design phases - to verify sustainable use and advise when to shift in technologies.

Ergo Kvalifik is also a software house. They have an impressive pool of skilled software developers, ready to step in when the number crushing, Design Thinking and pretotyping has proved the idea. The software tema builds the product for real. Based on SOLID principles, utilizing contemporary cloud based or serverless stacks and frameworks, and naturally and effortlessly automating concepts such as declarative pipelines, deploys, end-to-end tests, infrastructure, configurations, builds, packaging, releases etc. Allowing even their software team to move forward at a fast pace, while automated verifications runs continuously in the background - making every step forward a safe* one.

But most importantly; Kvalifik continues to collect data about how the application is utilized by the end-users - even after the pretotyping and design phase.

From a client perspective, the combination of a contemporary design bureau and a young native-agile, native-DevOps software team is brilliant. As a client you often need to engage both disiplines. With kvalifik you don’t have the overhead of hand-overs and coordination - all of Kvalifik works on the same value stream - if you have some of your own staff involved too, you just add it to the equation - you participate and you learn. Brilliant!

3: Your house band - continuous maintenance on a retainer

Meet Frank Borring, Digital Director at Mikkeller, hear his description of the collaboration with Kvalifik (≈4min)

As experimentation and development of the system ceases and users start onboarding. Kvalifik offers to continue to take the full responsibility of any further maintenance and feature development and become your corporation’s house band in all IT infrastructure and Software related issues.

Kvalifik has refined and developed a process inspired from lean kanban and scrum. The process is specifically designed to be equally good to support both experiments, development and maintenance. It’s not dogmatic or follows a certain school, it’s continiously improved. It’s unique.

While the system is most often built on a runway or development budget, The task of keeping the projects safely in the air and maintaining it can be offered at a fixed monthly retainer. This is how sure Kvalifik are that what they build is viable and maintainable.

I’ve entered Kvalifik as Chairman of the Board

Kvalifik and I approached each other last fall (2020). I was jaw-dropping impressed with their approach and their take on digital innovation. It seemed like they had managed to take bits and snippets of all of the previous businesses that I’ve founded Praqma, Phable and Prolike - and combine it into a small but efficient and holistic one-stop-shop.

For the past half year I have had the role as senior advisor to Kvalifik’s management on topics such as business development, in-bound marketing, sale, account management essentially mentoring and coaching the managers. All-in-all we have been preparing the establishment of a real professional board of directors.

Companies with digital design or software as a core element in their business, but who hasn't got the digital swag, the street cred or the volume to attract the best designers and developers - and therefore are at risk to be left with left-over competences. Companies who want to keep their own business lean, by not cluttering it up with the obligations to full-time employed internal staff outside their core knowledge domain, but rather sees the benefit in having access to an easy scalable holistic team - a house orchestra. Companies in digital doubt. In doubt of how to embrace the digital world. In doubt wether their ideas on digital products are good or bad. Companies with a project budget at least equivalent to the price of a new car. As opposed to a car which looses measurable value by the hour. The digital solutions you get from Kvalifik are not costs they are enablers. Potential money-machines in your business.

For my part, it’ couldn’t have happened sooner. Until a few weeks ago I was bound by a competition clause by the company who bought my company Praqma two years ago. Their legal department and CEO even approached me at some point this winter and warned me; They were preparing to sue me, for having assumed a position as Chairman in another company (Verifa). It was a false accusation though. The position I held there was also as an advisor on a contract - and not a breach of the competition clause. But I knew then not to mess with the finns.

From 2015 to 2018 - over a period of merely three years - Praqma grew from ≈5M DKK turnover to +40M DKK - and we did it without external funding. The success was based on lean business development, continuous improvements, clever hires, in-bound marketing, focusing on brand development, story telling and community building.

The entire kvali-team; the management team, the investors, the employees are all set on doing something similar once more - I’m proud of having earned their undivided trust and I’m so happy to once again find myself engaged in a highly professional team.

Jimmy, lead the way - boys, get to work

Said by Mr. Wolf during the Bonnie Situation